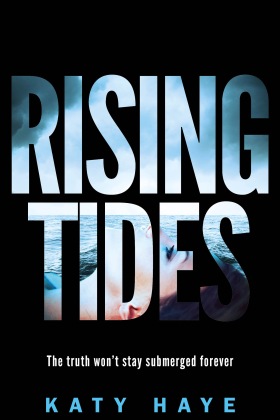 City is the last civilised place left on a drowned Earth, a floating town built from metal and plastic from the Time Before. It’s the only home doctor’s daughter Libby Marchmont has ever known or wanted – until her father helps the wrong patient and she’s forced to flee.

Cosimo came to City for one reason. Then he should have vanished back to his people on the Wastes. But what about his promise to Libby’s father?

Stranded in the middle of the sea, can the two enemies learn to trust each other? And can they survive long enough to uncover the truth: City isn’t the safe haven Libby always believed it to be …

You can get a copy of Rising Tides in paperback or for your Kindle (to buy, or with Kindle Unlimited) using this link: http://authl.it/B01FHXD8HG?d

The world of Rising Tides: Maps

In the future of Rising Tides, sea levels have risen such that most land has been covered. What remains is City, a floating raft of houses surrounded by algae fields to provide food, and New Eden, the last, tiny scrap of dry land. Encompassing them both, are the Wastes, a vast expanse of floating rubbish where the reamers make their home. 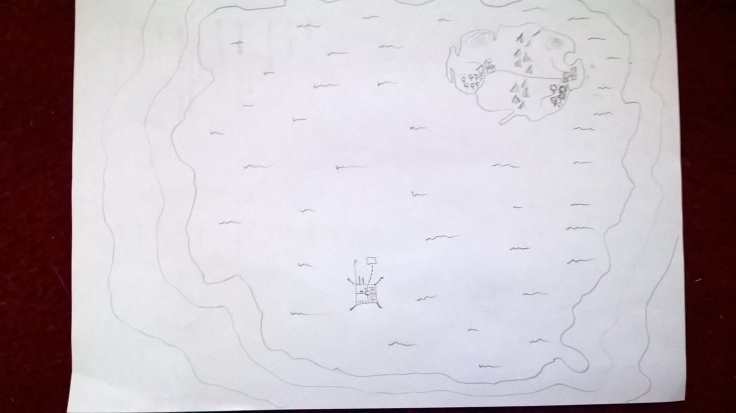 City is the tiny speck at the bottom of the map, New Eden to the North East, and the Wastes surround them both. If you’ve read the book you might wonder why City seems to hold the power when New Eden is bigger. That’s purely down to weight of numbers. City is smaller, but has a much denser population, as you’ll see in this close-up showing City in more detail. 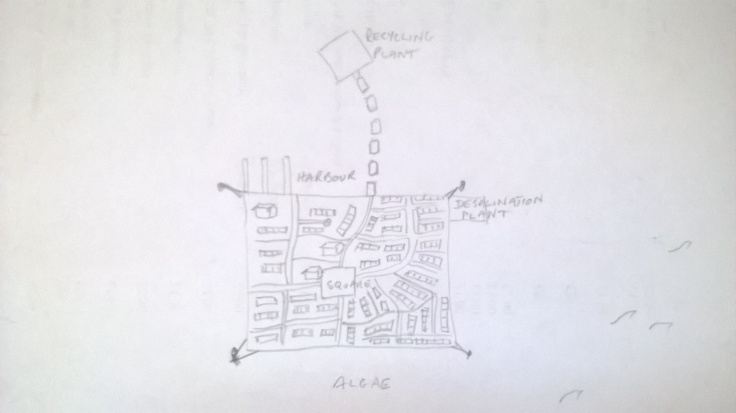 The Magistrate’s house is next to the square in the centre of City. Dr Miracle’s house is a little way to the north, and you can see the alleys and roads Libby would have taken to reach the harbour. To the south are the algae fields, while the recycling plant floats a little way away from City, reached by a bridge of floats, to keep the smoke and pollution away from City’s population.

Also in the map, you can see the anchor points at each corner, which form a key clue in discovering the truth about what’s really going on in City…

Katy Haye spends most of her time in imaginary worlds – her own or someone else’s. She has a fearsome green tea habit, a partiality for dark chocolate brazils and a fascination with the science of storytelling.

Your survival kit is as follows:
1. An Amazon voucher for £10/$15US/$20CAN, AUS, NZ. Load up your Kindle with books to read, while shops remain.
2. A solar charger so when the national grid fails you can still read your books.
3. A mirror. When you are stranded in the open sea you can signal for help by reflecting the sun’s light. Alternatively, if you have no wish to be rescued because you still have reading to do, flip the mirror over to depict the slogan, “Go away I’m reading.”
4. Ribbon bookmark. If all your books have been washed away by the rising seas, this can be rolled up and packed into the neck of a cut-open bottle and will double-up as a water filter. Note: this will not desalinate salt water, sorry.
5. A bag to put the last of your belongings into. DO NOT LEAVE THIS BEHIND.

Check out the ways to win with Rafflecopter.

Check out the others on this tour here!