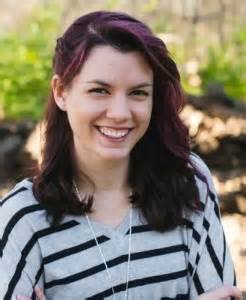 Hello my lovely readers! I have a special surprise for everyone today. After taking a chance I was able to conduct a email interview with NYT bestselling author Sara Raasch *high pitched squeal*

So in honor of Frost like Night’s release day, I’m posting my interview with her. Yay!

Sara Raasch has known she was destined for bookish things since the age of five, when her friends had a lemonade stand and she tagged along to sell her hand-drawn picture books too. Not much has changed since then — her friends still cock concerned eyebrows when she attempts to draw things and her enthusiasm for the written word still drives her to extreme measures. Her debut YA fantasy, SNOW LIKE ASHES, came out October 14, 2014 from Balzer + Bray, and the sequel, ICE LIKE FIRE, comes out October 13, 2015. Neither features her hand-drawn pictures.

Is there a certain type of scene in your trilogy that you found difficult to write?

“I tend to enjoy writing action scenes more than romance scenes, so the romance ones are always the scenes I go back over a hundred times, tweaking, deleting, adjusting, improving, until I’m sick to death of them!”

What do you consider to be your best accomplishment in Snow Like Ashes?

“I’ve had so many people tell me that hearing my publication story (having started writing SLA when I was twelve and seeing it published 12+ years later) inspired them to keep writing. That has been by far the best thing!”

On Harper Collins, your bio states you used to try and sell picture books at your friends’ lemonade stand. How then did you first realize you wanted to be a writer?

“I’ve wanted to be a writer since I first knew what books were! It’s always been a part of my identity. It’s in my blood, I suppose!”

What do you think makes a good lead character?

“Anyone can be a good lead character, but the thing I always try to hone in on is a character’s ability to be relatable. Even beyond just lead characters—the characters that stick with you, be them villains or random side characters, are the ones you see a bit of yourself in, even for a moment. So finding those traits, quirks, or beliefs that give readers a sense of familiarity can make all the difference!”

Visit Sara’s website for more information about her and her books!

Stay tuned for my review of A Snow Like Ashes coming out later today.

Sixteen years ago the Kingdom of Winter was conquered and its citizens enslaved, leaving them without magic or a monarch. Now the Winterians’ only hope for freedom is the eight survivors who managed to escape, and who have been waiting for the opportunity to steal back Winter’s magic and rebuild the kingdom ever since.

Orphaned as an infant during Winter’s defeat, Meira has lived her whole life as a refugee, raised by the Winterians’ general, Sir. Training to be a warrior—and desperately in love with her best friend and future king, Mather—she would do anything to help Winter rise to power again.

So when scouts discover the location of the ancient locket that can restore their magic, Meira decides to go after it herself. Finally, she’s scaling towers and fighting enemy soldiers just as she’s always dreamed she would. But the mission doesn’t go as planned, and Meira soon finds herself thrust into a world of evil magic and dangerous politics—and ultimately comes to realize that her destiny is not, never has been, her own.

Thanks Sara for taking the time to interview with me. Also congrats on the new book!