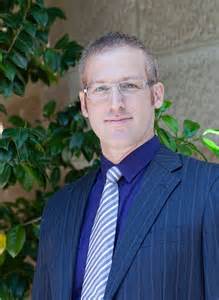 Assaph has been a bibliophile since he learnt to read at the age of five, and a Romanophile ever since he first got his hands on Asterix, way back in elementary school. This exacerbated when his parents took him on a trip to Rome and Italy – he whinged horribly when they dragged him to “yet another church with baby angels on the ceiling”, yet was happy to skip all day around ancient ruins and museums for Etruscan art.

He has since been feeding his addiction for books with stories of mystery and fantasy of all kinds. A few years ago he randomly picked a copy of a Lindsay Davis’ Marcus Didius Falco novel in a used book fair, and fell in love with Rome all over again, this time from the view-point of a cynical adult. His main influences in writing are Steven Saylor, Lindsey Davis, Barry Hughart and Boris Akunin.

Assaph now lives in Sydney, Australia with his wife Julia, four kids and two cats. By day he is a software product manager, bridging the gap between developers and users, and by night he’s writing – he seems to do his best writing after midnight.

What’s in common between the latest scientific research about virus propagation, genetic modification for interstellar colonisation, and ancient priests poking about in animal entrails to predict the favour of the gods? More on this later.

This is Mystery Thriller Week, so I’d like to talk a little about writing mysteries. I’ll start with a small introduction. My name is Assaph Mehr, and I am the author of Murder In Absentia – a story of Togas, Daggers, and Magic. It in an historical-fantasy-mystery, bringing a hardboiled detective story to an urban-fantasy world based on life in ancient Rome.

So, what does it take to write a mystery novel? The list of usual suspects includes a body (dead), a sleuth (in danger of becoming dead), and a criminal (maker of dead things), with enough twists to wrench the readers’ guts as if knifed. In between lie scenes of daring action, forensic discoveries, trails of red herrings, and moments of brilliant reasoning.

Also, it takes an author with a twisted mind and browser search history that makes the police want to have a quiet chat.

If you look it up, you’ll find many sub-genres of mystery: cozies, capers, crimes, whodunits, and urban fantasy. What brings them all together, and what matters most, is the readers’ involvement and feeling of suspense. The readers need to care about the characters and what happens next, more than about the ingenuity of the crime.

Which brings me to the opening words of this post. What IS in common to genetic engineering and bloody animal guts?

Essentially, they’re all background. Not quite as essential to the mystery. In fact, the ingenuity crime itself is secondary to the overall feeling of suspense. This makes background details behind it a far third (or even lower) place. When I came to write Murder In Absentia, I knew who the detective was, and what would keep him going. I knew what the essential details of the mystery were, what was the surprise twist at the very end. I have chosen to tell the story in an ancient Roman setting because I just love the period, and I added elements of fantasy and magic as I’ve always loved reading those. It was, in short, the story I wanted to read, combining my love of mystery, history, and fantasy.

But all of these aspects are separate from each other. In fact, when I first had the idea for the particular crime, it was in a different setting altogether. Without giving too many details, a young man is found dead in mysterious circumstances. When our detective is investigating, he runs into all sorts of society’s undesirables, including a cabal of necromancers. The resolution turns out not to be what he expects.

I could have written it in many other ways. It could have been set in actual ancient Rome, not just a world based on daily life back then – there were certainly enough historical secret societies that could have replaced the fantasy ones. It could have been contemporary, or set in the far future – the role of necromancers taken by scientific researcher in a modern lab, or some far future genetic modification gone wrong. It matters to the flavour of the story, not to the mystery aspect.

The twist behind the crime – and indeed, the reasons for the young man’s death – all stem from the same human emotions, the same quests and motivations we can identify with, regardless of the era. We see the story unfolds through the eyes of our protagonist the detective, we follow his thinking and emotions as he tries to make sense of the situation he uncovers, we share in his predicaments, the danger, frustrations, insights and excitement as he navigates the case. We are – I hope – astounded by his clever unravelling of the events that led to the youth’s death.

And this, beyond world background or any technical forensic details, is what makes the appeal of mystery immortal.

Book Blurb
A young man is found dead in his bed, with a look of extreme agony on his face and strange tattoos all over his body. His distraught senator father suspects foul play, and knows who to call on.

Enter Felix the Fox, a professional investigator. In the business of ferreting out dark information for his clients, Felix is neither a traditional detective nor a traditional magician – but something in between. Drawing on his experience of dealing with the shady elements of society and his aborted education in the magical arts, Felix dons his toga and sets out to discover the young man’s killers.

Murder in absentia is set in a fantasy world. The city of Egretia borrows elements from a thousand years of ancient Roman culture, from the founding of Rome to the late empire, mixed with a judicious amount of magic. This is a story of a cynical, hardboiled detective dealing with anything from daily life to the old forces roaming the world.

This is a story of Togas, Daggers and Magic – for lovers of Murder Mysteries, Ancient Rome and Urban Fantasy.

“Mehr’s imagined world based on ancient Rome feels at once familiar and dreamlike. In Egretia, magic is real and potentially deadly. While rival incantatores have been banned from calling up competing winds to speed ferries across the bay – they’ve drowned too many innocent sailors – the powers of magic appear to have fallen into malevolent hands. Failed incantator Felix the Fox is investigating a mysterious death in a growing atmosphere of menace. I can’t help thinking the idea of Death by Magic might be closer to the mindset of some of the ancient world than our modern rationality.”
— Ruth Downie, Author of the Medicus Roman mysteries series