For fifteen-year-old Lason Davies, it all started with a text.

The last words of her murdered grandmother haunt Lason as she travels to England with her sheltering mother for the funeral. The crime is a sensation, but the clamoring reporters and news photographers aren’t the only ones interested in their arrival.

As her mother’s behavior borders on erratic (on a good day), Lason encounters a stranger from Weariland, a dreary world once known as Wonderland. He petitions Lason’s help in finding a secret family heirloom, a key to saving his land—and to Lason’s past. Lason is swept in an adventure through Weariland’s unpredictable realm, encountering colorful, fantastical characters and discovering her family’s elusive history. But if she isn’t careful, she may never return… 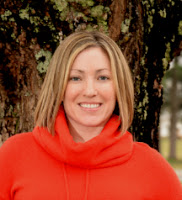 About the Author
Mary grew up in northeast Ohio, so it was only natural for her to pursue a degree in marine biology. After studying dolphin behavior and estimating great white shark populations, she earned her Ph.D. in Biostatistics in Charleston, South Carolina. It was there, during the arduous dissertation process, where she had the idea to write a book.

With Alice and the crazy characters from Wonderland staring her down from her bedroom poster, Mary envisioned what that fantasy realm would look like in current day. Creative writing served as a natural escape from technical writing, wedding planning, pregnancy, and job hunting.

Mary is excited to debut Weariland (Merge Publishing, 2016), a novel introducing Lason Davies, a teenager who learns about her family’s past in a world once called Wonderland. She currently resides in Tennessee with her husband and three children.

Guest Post – The joys and hardships of writing a classic retelling
I started my classic retelling kick when my mother gave me Wicked by Gregory Maguire. I loved the concept of seeing the story play out from another character’s point of view. Through the years, I read most of his books, and found myself wanting him to tackle Alice’s Adventures in Wonderland. I had ideas flowing on what I would want it to be—characters, plot, scenery. After a while, I asked myself, Why don’t I write it?
It seemed like a good idea at the same. How hard could it be? I knew the original characters and landscape. I had a foundation to work with. Through my journey, I realized…This is hard. I knew there would be a market for it, since so many others love Alice like I do. But it hit me. I may like what I’m writing, but what if the true hard-core fans don’t? That was the hard part for me. What if the fans want other characters I’m not including? Or they’re upset with how Wonderland has evolved (or devolved)? In the end, I wrote the story as I wanted it to be, and one that would entertain my teenage nieces.
The joy comes around when a reader ‘gets it.’ They understand what I was going for, or what I’m leading up to, or simply they enjoy the fun of it for being what it is. To see other fans of the classic enjoy this other take brings me joy.

Check out the other bloggers on this tour here!