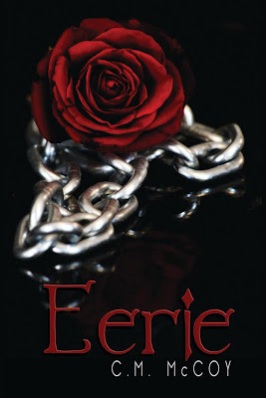 Eerieby C.M. McCoyGenre: Mature YA/ Fantasy/ RomanceRelease Date: December 19th 2015Omnific with Simon & Schuster
Summary from Goodreads:
Hailey Hartley has just enrolled in the world’s premier supernatural university. It’s a school she’s never heard of, located in a town called The Middle of Nowhere, and run by a creature that’s not supposed to exist. But at least she got a scholarship…

Hailey’s dreams have always been, well…vivid. As in monsters from her nightmares follow her into her waking life vivid. When her big sister goes missing, eighteen-year-old Hailey finds only one place offers her answers–a paranormal university in Alaska. There, she studies the science of the supernatural and must learn to live with a roommate from Hell, survive her otherworldly classes, and hope the only creature who can save her from an evil monster doesn’t decide to kill her himself.

CM McCoy has one pointed ear, a 70-pound puppy from Hell, and a very active imagination. She’s well aware nobody can say or spell her real last name, hence the pen name. You can call her Colleen. She’s the PR manager for Inklings Literary Agency. When she’s not chatting with her imaginary friends, she’s interviewing with PEOPLE Magazine, ABC’s 20/20, the local morning news show, or INSIDE EDITION, where she promotes writing for mental and emotional health. She also mentors pre-published authors through workshops and contests. Though she holds a BS in both Chemical Engineering and German, she’s far happier writing near misses and awkward kisses. Some of her off-the-wall talents include speaking in 10-codes (which she learned working with Alaska State Troopers), flying helicopters, and Irish dance.
Author Links: 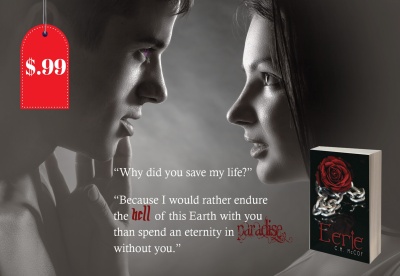