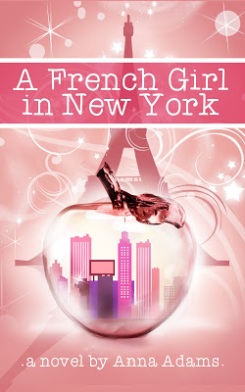 A French Girl in New York

Maude Laurent is a spirited 16 year-old orphan who grew up in a small, provincial town in the North of France with a passion for piano and a beautiful voice. One day in Paris, she is discovered by an American music producer who takes her to New York to live with him and his close-knit family while producing her first album, with help from teen pop star, Matt. Maude will dive into a new fascinating world discovering New York City, music, family, love and the truth about her past.

Download the book for FREE at one of the following locations:
Amazon | iTunes | B&N | Kobo

The Original Soundtrack for A French Girl in New York will be available September 7th!

Born in France, raised partly in the United States and in France, I grew up loving stories in French and English. I currently live in Paris.I’m the author of the French Girl series, an Amazon bestseller and Wattpad phenomenon.

When I’m not writing, I enjoy traveling in Europe, Asia, and dream of going to Africa.

Enter to win a $10 Amazon gift card or
paperback of A French Girl in New York HERE!
Blitz Material Provided By:
YA Bound Book Tours