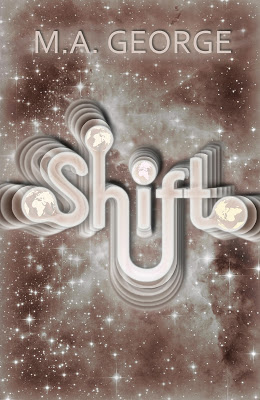 Seventeen-year-old Perry Teasdale is a dreamer. She’s not the kind of dreamer who waltzes through fields of wildflowers, twirling her skirts in a starry-eyed daze; or the kind who aspires to be the biggest rock star the world has ever known (not that she’d complain, if that accidentally happened). She’s the kind of dreamer who can’t get a decent night’s rest, because her sleep is flooded with scenes from other worlds—ones that seem as real as life itself. Mind-blowing dreams may sound like loads of fun, but when they start to bleed into Perry’s waking hours—confusing the line between dream and reality, and keeping her in a sleep-deprived fog no amount of caffeine can cure—Perry’s not exactly thrilled. Try as she might to shake the dreams from her mind, they keep gaining speed, growing ever more vivid and intense…until that hazy boundary between real and imaginary fades away, and Perry is forced to consider the impossible: Her dreams seem real, because they are. When disaster strikes, sending Perry’s newfound normalcy into a tailspin, she takes the only logical path left: a whirlwind tour of the multiverse, scouring an ever-growing assortment of alternate realities for the missing piece—the missing person—to put her life together again. Along the way, Perry enlists the help of an ancient wise woman (who may be a tad homicidal); a nerdy-in-all-the-right-ways mathematician (who knows all of Perry’s secrets, even before introducing himself); and a sword (because you can never go wrong with a sword). At times hilarious—at times heartbreaking—Shift is sure to be, well, one of those two things.

About the Author
M. A. George is part mother of two adorable children, part super top secret agent…Oops, probably just lost that job.Writing is what keeps her up into the wee hours of the night. Fortunately, she has a lot of energy (Read: caffeine is her friend). She has a bit of an obsession with music (It does a fantastic job of tuning out rambunctious children while she attempts to focus).She sincerely hopes people out there enjoy reading her work as much as she enjoys writing it. And if anyone hears of work for a super top secret agent, she’s now available (Discretion guaranteed…).

Blitz With YA Bound Book Tours