Valiant
by Merrie Destefano
Genre: YA Scifi
Release Date: December 2018
Entangled Teen
Summary:
The Valiant was supposed to save us. Instead, it triggered the end of the world.
Earth is in shambles. Everyone, even the poorest among us, invested in the Valiant’s space mining mission in the hopes we’d be saved from ourselves. But the second the ship leaves Earth’s atmosphere, our fate is sealed. The alien invasion begins. They pour into cities around the world through time portals, possessing humans, forcing us to kill one another.
And for whatever reason, my brother is their number one target.
Now the fate of the world lies in the hands of me, a seventeen-year-old girl, but with the help of my best friend, Justin—who’s suddenly starting to feel like more—maybe if we save my brother, we can save us all… 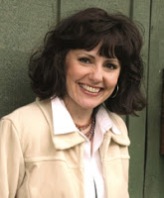 Born in the Midwest, former magazine editor Merrie Destefano currently lives in Southern California with her husband, two German shepherds, a Siamese cat, and the occasional wandering possum. Her favorite hobbies are reading speculative fiction and watching old Star Trek episodes, and her incurable addiction is writing. She loves to camp in the mountains, walk on the beach, watch old movies, and listen to alternative music—although rarely all at the same time.