Tyler and Shannon once killed for The Academy. Now they’re tracking and hunting down its scientists. So why is The Academy only after Hades?

Shannon will do whatever it takes to protect Tyler, even if it means teaming up with a former rival. While she seeks answers to her past, Tyler wants to learn the truth about the mysterious white room, which no one has ever seen except him.

As for Hades? He simply wants revenge.

They all need answers, even if it means returning to the organization where it all started.

Tyler Bennett trusts no one. Just another foster kid bounced from home to home, he’s learned that lesson the hard way. Cue world’s tiniest violin. But when strange things start happening—waking up with bloody knuckles and no memory of the night before or the burner phone he can’t let out of his sight— Tyler starts to wonder if he can even trust himself.

Even stranger, the girl he’s falling for has a burner phone just like his. Finding out what’s really happening only leads to more questions…questions that could get them both killed. It’s not like someone’s kidnapping teens lost in the system and brainwashing them to be assassins or anything, right? And what happens to rogue assets who defy control?

In a race against the clock, they’ll have to uncover the truth behind Project Pandora and take it down—before they’re reactivated. Good thing the program spent millions training them to kick ass…

Aden Polydoros grew up in Long Grove, Illinois, and now lives in Arizona. He is a writer of young adult fiction. When he isn’t writing, he enjoys reading and going on hikes in the mountains. Aden Polydoros is a 2015 Gold Medalist in the Scholastic Art and Writing Awards and has published two short stories in Best Arizona Teen Writing of 2015. PROJECT PANDORA (Entangled, 2017) is his debut novel.

Tour schedule can be found here. 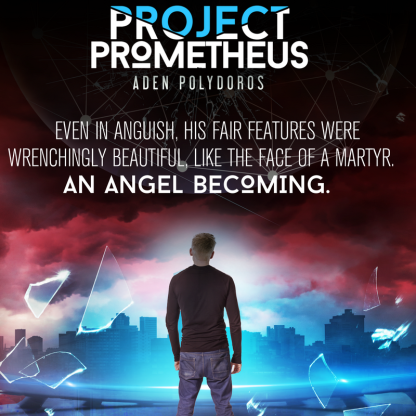