The bond between twins can bend but never break.
Elizabeth is crazy, at least that’s what everyone believes. She sees things, terrible things no one wants to hear about. Her twin sister, Jessica, used to see things too, but she convinced herself long ago it was all in her head. The sixteen-year-old was left to drift through the chaos alone, abandoned by her other half. But now the darkness has come calling.

Vision of the Elder

This YA Paranormal Series follows the trail of those children forced to bear witness to the sacred rites of the Cult of the Elder. Their eyes are opened to the darkness beyond the void, and their lives are forever changed.

Elizabeth gaze lowered to the gauze wrapped tightly around her wrists, and she forced herself to consider what she’d nearly done. Technically, it was a suicidal gesture. To be honest, it was her third suicidal gesture in the past four years. She’d used the razor from her father’s fancy shaver. Elizabeth didn’t want to die, she knew that. Dr. Wesley confirmed it, although Elizabeth didn’t put much stock in what her shrink said. Thinking about it made her uncomfortable, and she squirmed in her seat. 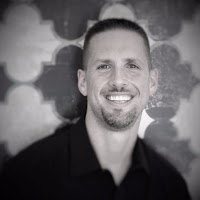 About the Author
Michael W. Garza often finds himself wondering where his inspiration will come from next and in what form his imagination will bring it to life. The outcomes regularly surprise him and it’s always his ambition to amaze those curious enough to follow him and take in those results. He hopes everyone will find something that frightens, surprises, or simply astonishes them.

One thought on “Blog Tour: NeverHaven”