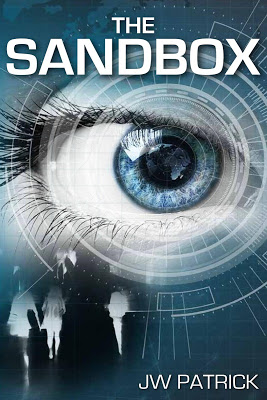 What would you do? After a mysterious impact in the dry Oklahoma landscape, three teenagers discover a world where they can do anything they want. Anything at all: Play. Explore. Fly. Destroy. But as a ripple of consequences impact on reality, Sonny, Isla and Dan realise this is far from a game. Do they now have the power to change the real world? Because if they do, they know exactly what they want to do first. Dirt-poor Sonny Monroe blames the oil company that fracked his family ranch for his problems. Dan Hawk, a Native American from the Chickatawa tribe, has never forgotten who stole his native Homelands. Idealistic Isla Duncan, a Scottish Paralympian junior on a charity handcycle tour, would just like to make the world a better place. As the three teens attract global enemies and the killings begin, grave doubts divide them: Do they control this new-found power? Or is it controlling them? If so, what on Earth does The Sandbox want?

Why did JW Patrick write the Sandbox?

I get so frustrated when I encounter people who won’t read amazing books and great authors because they ‘don’t read sci-fi’. So I wrote this YA novel as an attempt at an entry-level sci-fi. Sci-fi lite. Sci-Fi for people that don’t necessarily like sci-fi. Yet still exciting for those who do. Personally  I adore hard sci-fi and space operas, particularly anything by Dan Simmons, Iain M. Banks, Peter Hamilton and Alastair Reynolds. The heavier the tome, and the more of ‘em, so much the better. I also wrote this book to keep my 13 year old son off Fortnite…

I also read a lot of history books and find transition periods utterly fascinating. These are those periods when things are changing fast and people don’t necessarily realise that things will never be the same again. As a society, especially in the West, we are so used to assuming things have always been this way because they have been this way for a generation or three. But nothing stays the same. I always admire people who recognise change and embrace it, especially those people who create change.  Change comes about through passion, decision and action. My characters are always passionate. So they make things happen. But things do not always work out as they planned…

Finally, I always resent stories such as The Sorcerer’s Apprentice where the adult turns up in the nick of time, mistakes are rectified, the world is put back as it was and the character has learned a valuable life lesson. In The Sandbox, the teens have to live with their mistakes, suffer the consequences and no one else ever sorts things out for them! 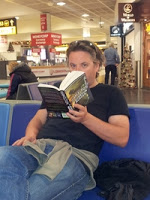 About the Author
JW Patrick lives in Scotland and has written voice-over scripts for television in the UK and USA.

My novels include The Invincibles, The Sandbox

I most recently completed a non-fiction book called Why have Adventures? for parents of young teens exploring the benefits of outdoor education.