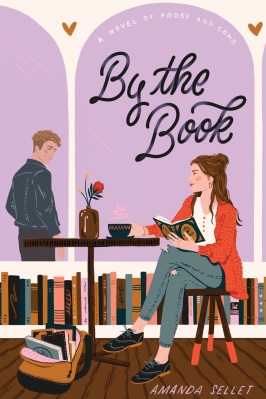 Genre: Young Adult, Contemporary, Romance
Synopsis:
Mary Porter-Malcolm has prepared for high school in the one way she knows how: an extensive review of classic literature to help navigate the friendships, romantic liaisons, and overall drama she has come to expect from such an “esteemed” institution. Her love of literature even inspires her to imagine herself the heroine of a nineteenth-century novel. Not the sort who makes poor life choices and ends up dying of consumption while still in her teens, but the noble, virtuous, quick-witted type.
When some new friends seem in danger of falling for the same tricks employed since the days of Austen and Tolstoy, Mary swoops in to create the Scoundrel Survival Guide, using archetypes of literature’s debonair bad boys to signal red flags. But despite her best efforts, she soon finds herself unable to listen to her own good advice and falling for a supposed cad—the same one she warned her friends away from. Without a convenient rain-swept moor to flee to, Mary is forced to admit that real life doesn’t follow the same rules as fiction and that if she wants a happy ending, she’s going to have to write it herself.
Book Links:

BY THE BOOK: A NOVEL OF PROSE AND CONS by Amanda Sellet

Being a reader means spending a lot of time in your own head. Mary is a person who thinks and feels deeply, but can sometimes be a step behind in picking up real-world cues. When the story begins, she’s caught between two conflicting ideas of herself. The first is that she’s less interesting than her siblings, and therefore easy to ignore. At the same time, there’s a little voice inside her (which I think most of us have) that whispers about a more exciting future, when she will make her mark on the world. She’s waiting in the wings, almost ready to step onto the stage – and she’s not 100% sure she knows her part.

I have known a handful of Ardens in my life. There is a warmth and energy and openness that almost makes you take a step back, like whoa; this person is plugged into a different frequency. It’s like they didn’t get the gene that makes the rest of us grumpy and judgmental, so they go through life looking at other people like they’re all lined up in a bakery window, one delicious surprise after another. Being generally optimistic doesn’t mean Arden can’t be hurt, however.

If the fabled Emperor showed up in his “new clothes,” and the rest of the world was fawning over his non-existent threads, Lydia would be the first to say, dude, you’re naked. She can be brusque and intimidating, but she’s also fiercely loyal, and will definitely threaten to cut anyone who goes after her friends. The tricky thing is that her toughness can make it hard to see the vulnerability underneath.

If you surveyed a group of teens, most of them would probably say that being beautiful would make their lives easier. That’s not how it works for Terry. As a person who is shy to an extreme, attention is the last thing she wants. Quiet and analytical by nature, she’s comfortable in a small group but not looking for more. Of the four friends, Terry still has the farthest to go in terms of accepting herself and having the confidence to make her own choices.

Having learned at a young age that charm is a potent weapon, Alex knows how to smile and flirt, working the blue-eyed-boy thing to his advantage. As Mary gradually learns, that doesn’t mean he’s superficial, or only wants to take the easy road through life. Alex is also a loving brother with a sneaky sense of humor who is quickly intrigued by things – or people – who surprise him.

Debut author Amanda Sellet had a previous career in journalism, during which she wrote book reviews for The Washington Post, personal essays for NPR, and music and movie coverage for VH1. These days she lives in Kansas with her archaeologist husband and their daughter.

Prize: Win a copy of BY THE BOOK by Amanda Sellet

One thought on “Blog Tour: By the Book”