Blogger note: Received a copy of Gifted in exchange for an honest review. Also there is a surprise at the end of the review. 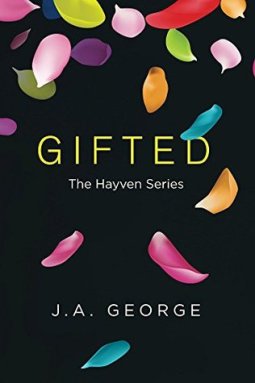 “You must always remind yourself that nothing in this world is impossible if you are willing to fight for it.” – J.A. George, Gifted

There is an ongoing debate about the concept of fate. For Avery Gray, she may have been fated for something bigger than normal or she may have been in the wrong place at the wrong time. In Gifted, when an old bookstore owner named Sidra is murdered, Avery discovers the body, only to realize that Sidra isn’t dead yet and Avery’s life is about to change. After waking up in the hospital, six hours later, Avery knows something is wrong. It couldn’t have been her imagine. It wasn’t shock. There had been blood, her arm had been transparent, and the blood had sparkled. Then there are the voices.

Normal is no longer an option. Torn between two worlds, two groups of friends, and two paths of life, Ava has a lot of decisions to make and to quote the ending of the book, “it is only the beginning.” J.A. George introduces dynamic characters in a world were extraordinary isn’t that far-fetched and evil is full of determination. I enjoyed the play between old and new, ordinary and extraordinary. First readers are introduced to Avery Gray’s “normal” life. She isn’t tiny, blonde, or popular. She’s curvy, brunette, and has warm brown eyes. She’s happy, content, and yet deep down she is unsettled and a little homesick. She’s real and I love realistic characters.

All of her so called friends in Huxton, meaning Toni, Alfie, Susie, and Jamie, all seemed like regular university students. They had their own problems but appeared to be superficial. Toni out of them all I didn’t like with her petty, all about me attitude. The other three were more one dimensional and we really didn’t learn that much about them. I’m still surprised that there were so many main characters in this stared in this novel. I worried that there would be a lot of underdevelopment and was pleasantly surprised for the most part. With the exception of the Huxton gang, the secondary characters of Hayven and Ava’s parents were developed and provided the necessary dynamics to keep the story going.

Out of the new group of friends in Hayven, Baleigh and Lucas were my favorite. Baleigh has become the new fictional bestie with her blunt attitude and love of sweets. Lucas would have to be the new fictional boyfriend with his bad boy attitude and caring nature. Though since Baleigh called dibs probably not the best idea. I desperately want to know more of their backstories along with Theo, Ollie, Peyton, and Faye. Theo and Ava… and Summer… drove me crazy purely because I understood all too well what Ava was going through. Love? Jealousy? Hurt? All of the above

There was so much going on that is spread throughout the book. I thought at times the lead up to the return then of Madrina was a little rocky because nothing really happened until the end and yet it ended with a cliff hanger that had me wanting more because I thought it finally got somewhere! The threat became real. I’ll just have to be patient for the next part and hope I get to see more character development. *fingers-crossed* for the characters I want to get together and for the seven to get their extraordinary realistic, but happy!, endings.

To learn more about J.A. George and the Hayven Series, click here!

Now onto the surprise… *drum roll*

J.A. George is having a giveaway to win copies of her book!

Click the link below to win your own copy of Gifted! 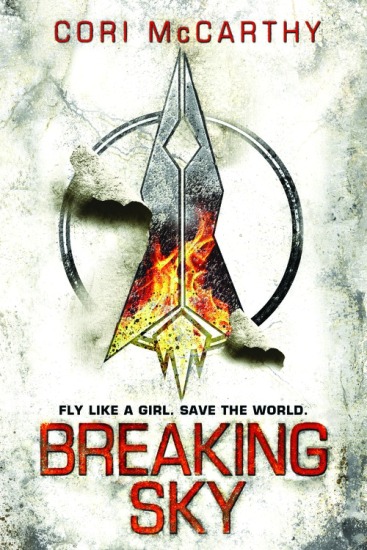 The epigrath from Breaking Sky,

“There is an art, rather a knack to flying. The knack lies in learning how to throw yourself at the ground and miss.”

– Douglas Adams, Life, the Universe and Everything

BREAKING SKY e-book is on sale for a limited time! Only $1.99! A YA near-futuristic story about fathers, forgiveness, and fighter jets, this Top Gun for a new generation was hailed as “quite possibly the next Big Thing” by Kirkus, earned starred reviews from School Library Journal and the BCCB, and is in development to become a film at Sony Pictures.

Click on #FlyLikeAGirl to see pictures of female fighter pilots!

“Strong characterizations, action, adventure, and emotion combine to produce a sci-fi novel that is more than just the sum of its parts. STARRED Review.” – School Library Journal

“Smart, exciting, confident-and quite possibly the next Big Thing.” – Kirkus

“Replete with fighter pilot jargon, plausible science fiction elements, and nerd-friendly literary allusions, this taut, well-crafted novel should have broad appeal, for fans of everything from Roth’s Divergent to Wein’s Code Name Verity.” – The Bulletin for the Center for Children’s Books

“McCarthy pulls no punches, exploring some of the most problematic romance tropes in YA with an analytical eye and a keen sense of humanity.” – The Bulletin of the Center for Children’s Books praise for The Color of Rain 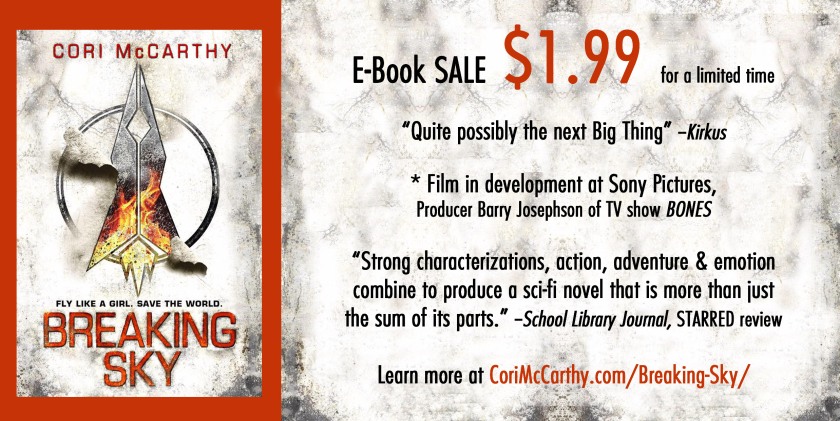